SKU
30SecBoardG
Skip to the end of the images gallery 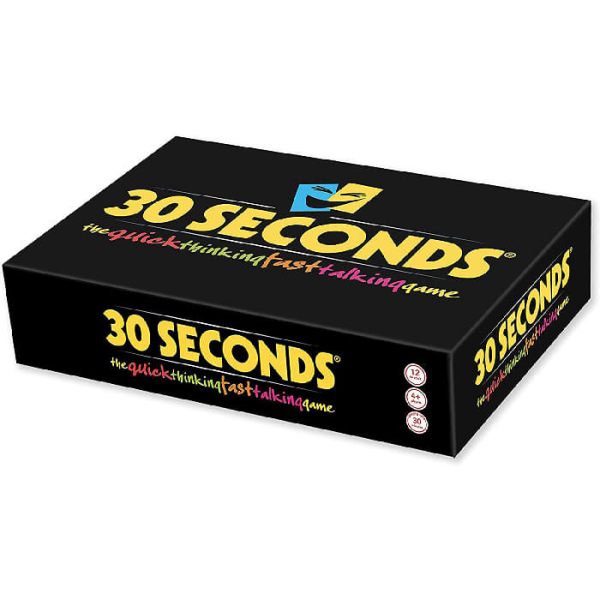 Skip to the beginning of the images gallery
-17%
Vendor : khuyanologies
Special Price $20.00 was $24.00
In stock
Don't Miss Out! This promotion will expires in
Sold items
69/170 Sold
Categories: Main Product/Service Category, Toys & Hobbies, Games, Board & Traditional Games
Details
30 Seconds Board Game is a fast-paced general knowledge game. Players generally play in teams of two to sixteen. One player must guess a word from their teammate's explanation with the aim to guess as many possible answers in 30 seconds. The main restriction on the explanation is that it may not contain the actual word or part of the word.

The content of the board game is based on names & topics that most people will be familiar with including, celebrities & famous people from film, music, sport, politicians (only a few!), places, songs, bands, books, TV, movies, shops & brands etc. Some names are more difficult than others but most will be known by the average person in the street.

30 Seconds is fiercely entertaining & great craic & can be played by anyone anywhere – just keep the noise down!

Each team moves a token along a track formed by a sequence of squares. Each square has a different picture on it. Each round the team draws a card and then has 30 seconds to explain up to five different words printed on that card. The team can move forward one square for each correct answer. The objective is to reach the end of the track first but the team who started second needs to play last.

At the start of each round, the team throws the special 30 Seconds dice to determine that round's handicap. The dice has six sides and the values can be 0, 1 or 2. One player draws a card. Each card has a yellow side and a blue side. The player must use the side that corresponds the square that their token is on. There are five words printed on each side. The opposing team then turns over the 30-second timer. The team's score is determined by taking the number of correct answers and subtracting the handicap. The team moves their token forward by the same number of squares as their score for the current round.

Clues are generally short with a strong emphasis on synonyms and associations. For example, if the answer is "Gauteng" the clue might be as simple as "in which province is Johannesburg found?".

A possible clue might be "The area which was named after the first black president of South Africa", to which the answer is "Nelson Mandela Bay".

The official rules regarding clues are restrictive and provision is made for penalties (moving backwards). In most circumstances house rules are more relaxed to increase the speed and enjoyment of the game.
More Information
Reviews